The more civilized the world is, the more complicated the human soul becomes. What the progress of technology and the richness of material life create is not necessary a life full of happiness. Driven by the ‘Death Instinct’, human beings confront all kind of crisis and threats, imaging the death subconsciously. This imagination is an expression of creativity for an artist, as well as a contemporary memento mori. It deconstructs the given aesthetics.
This video exhibition departs from the anxieties of the artists about the artistic creation and the art world, our society twisting the essence of an individual very much through all kinds of mass media (including religion), and the nature pouncing on human beings for their long-term destruction. From the concrete perceptible crisis to the invisible, metaphysical, imaginative crisis, these creative artists embody the eccentric aesthetics of imagining the death.
Curated by Yunnia Yang, Taiwan
ALBERT MERINO
(Spain)
The Contemporary Art Festival
20ʹ, 2011
This video is a fiction about the development of a hypothetical Art Festival which is conceived through the concept ‘The crisis of reception’ in the artistically context. Using techniques belonging to the mass media, the festival is organized with the scale of a large popular event.

SHAHAR MARCUS
(Israel)
The Curator
4ʹ35ʹʹ, 2011
Structured like a Hollywood trailer with rhythmical editing and multiple effects, Shahar Marcus's video piece depicts a curator's "rise to power" with a measure of grotesqueness, sketching a map of the art world, with the curator reigning supreme.

ROSSINA BOSSIO
(Columbia)
The Holy Beauty
6ʹ26ʹʹ, 2012
The Holy Beauty Project Volume 3 is the final installment in a series of videos that examine the seductive power of images and the representation of women as a means to communicate and consolidate social norms as well as ideals of beauty and morality.

ERNESTO POMBO, CHIMENE COSTA
(Argentina)
Efimero Festin
8ʹ20ʹʹ, 2013
This dance video was conceived to be done in Antarctica and it's part of the Culture program of the National Directorate of Antarctica in Argentine that intends to raise awareness concerning the danger of the destruction of nature. Efimero festin is the story of the self destruction of a being - a surrealistic women -trying to possess the environment where it-she belongs.

KIMMO ALAKUNNAS
( Finland)
Ant
24ʹ, 2010
An Ant is a short contemporary dance film which tells the story of a workaholic Man whose sense of reality begins to fail. What is real and what is fantasy? And what, exactly, is the enigmatic Ant which keeps disturbing the main characters?

HANNES VARTIAINEN, PEKKA VEIKKOLAINEN
(Finland)
The Death of An Insect
7ʹ, 2010
In a lifeless urban landscape where time itself has stopped its crawl, a mad ballet is commencing and a newly hatched butterfly is about to die. It combines a number of animation techniques from classic stop-motion animation to animated 3D models of x-ray CT-scanned insects.

MIHAI GRECU, THIBAULT GLEIZE
(Romania, France)
Glucose
7ʹ, 2012
This film is a reflection on our familiar surrounding space. Based on the “quantum indeterminacy” principle of the quantum mechanics, it depicts a place where physical “bugs” happen: some surfaces are unexpectedly penetrable, while the scale of beings and objects is inverted or misplaced...

MASAHIRO TSUTANI
(Јapan)
Between the Regularity and Irregularity
7ʹ50ʹʹ, 2012
Masahiro Tsutani improvises and through a conversation with himself, he has a chaotic worldview evocative of the firing of nerve cells, clustering sounds of convulsiveness. Nature creates the glow of light and the beauty of a shape lying between regularity and irregularity. Sounds and images with a granular texture. These things grasp the depths of the brain.

OLIVER PIERSCH
(Germany)
Blood
3ʹ20ʹʹ, 2011
Blood becomes the main protagonist of its own aesthetic drama. It flows, squirts and drips. The red color is mixed with water, is absorbed by textiles and finally conquers the whole room.

From Here to Eternity
40ʹ 2010
From Here to Eternity explores the theme of death in the history of cinema; the artist addresses with a hint of humour the idea of immortality interpreted by actors through the course of time. Pietsch deconstructs and remystifies. His "encyclopedia" of dying in the cinema shows kitsch and escapism, and the inevitability of death.

PROVMYZA GROUP
(Russia)
Confusion
22ʹ, 2009
It exploits the plot of a strange situation that arises at a party of young people. What happens there stirs some vague feeling, curiosity and fear in those present, i.e. those feelings that constitute confusion. The Confusion focuses on an individualized natural object – the bush – which was originally believed to pose potential threat to the people but fell victim to the feeling of confusion after suffering the unexpected aggressive will of the crowd.
http://www.kcb.org.rs/OProgramima/Likovniprogram/LikovniNajave/tabid/1086/AnnID/2836/language/en-US/Default.aspx 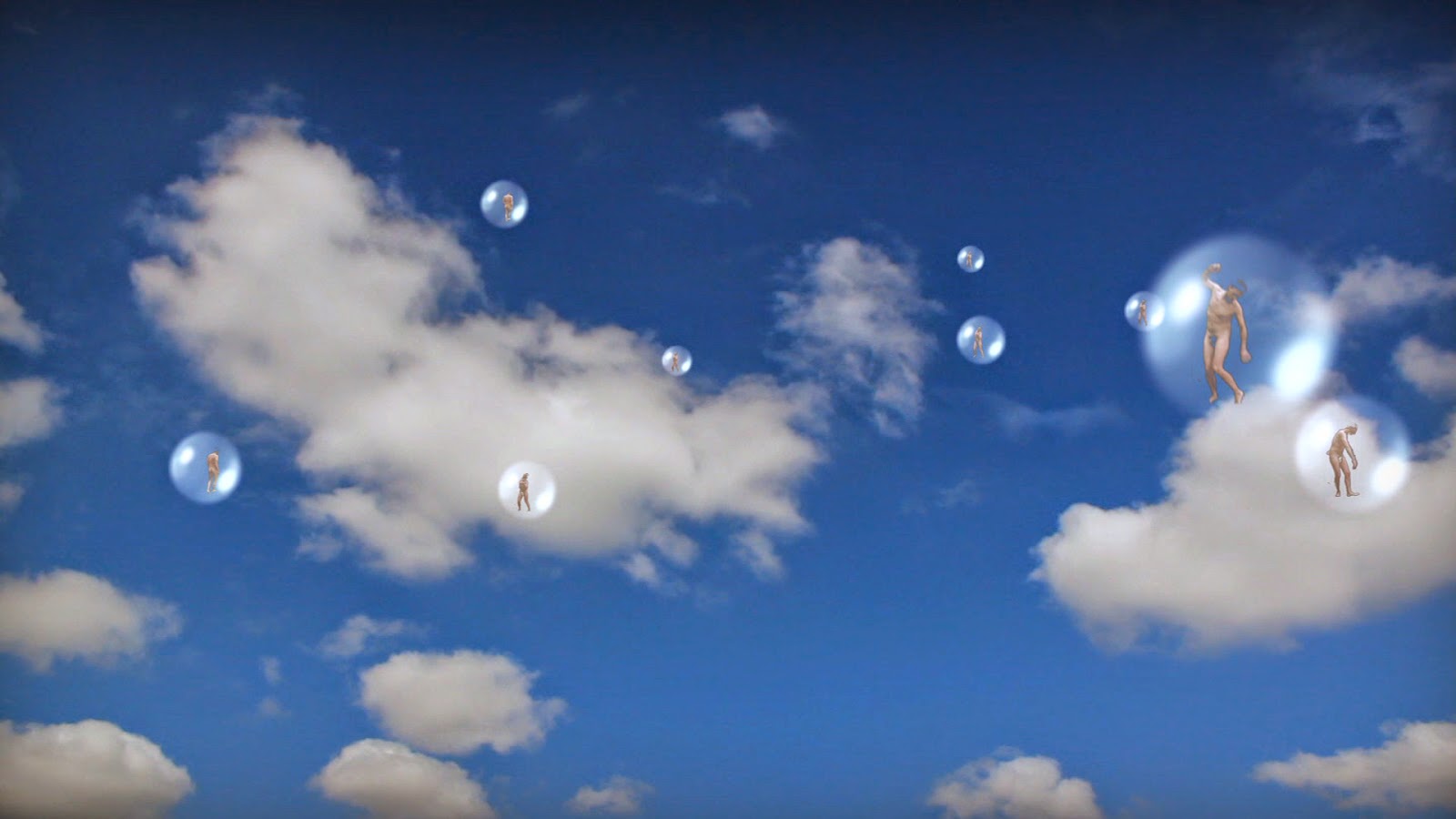 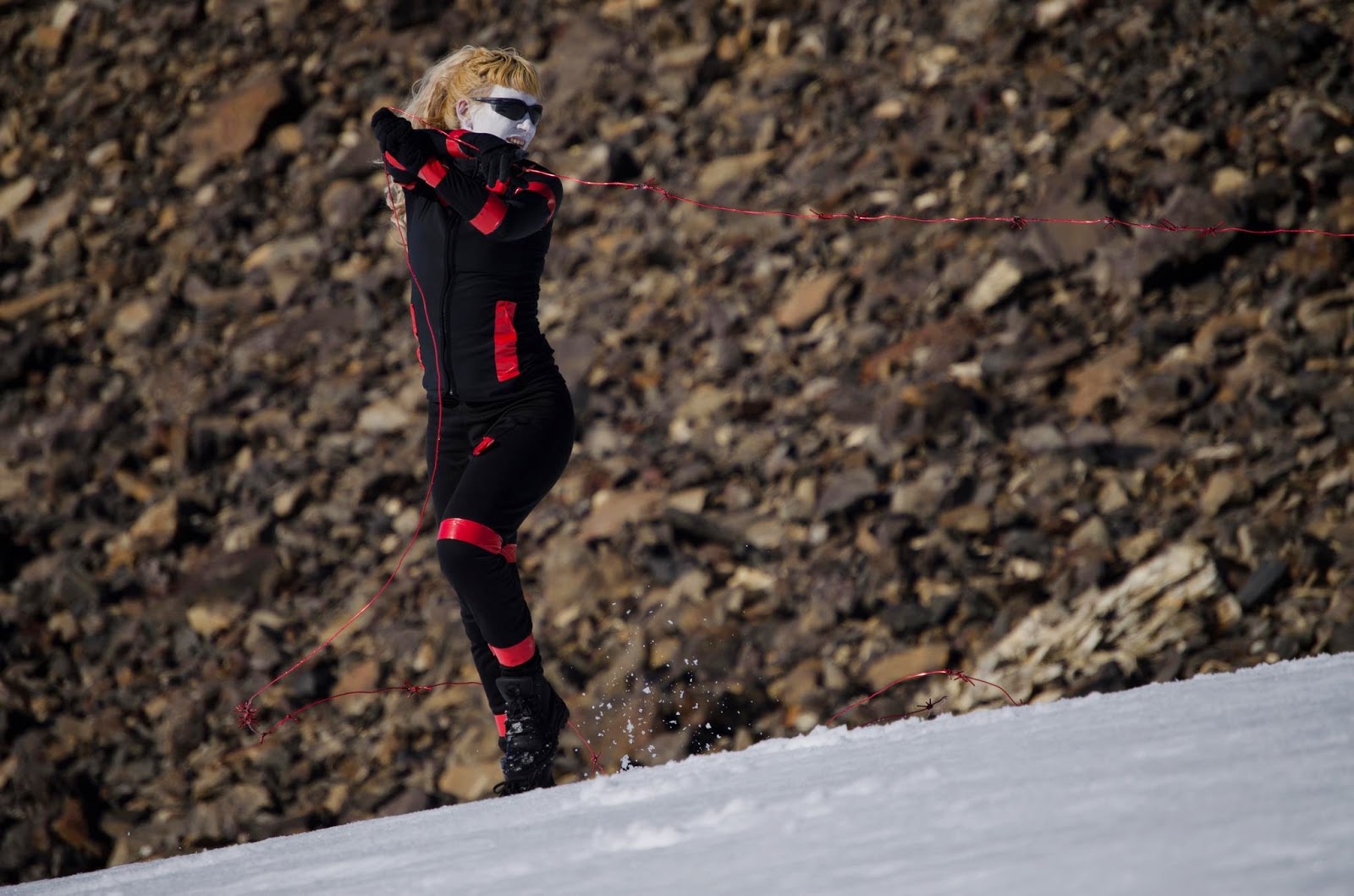 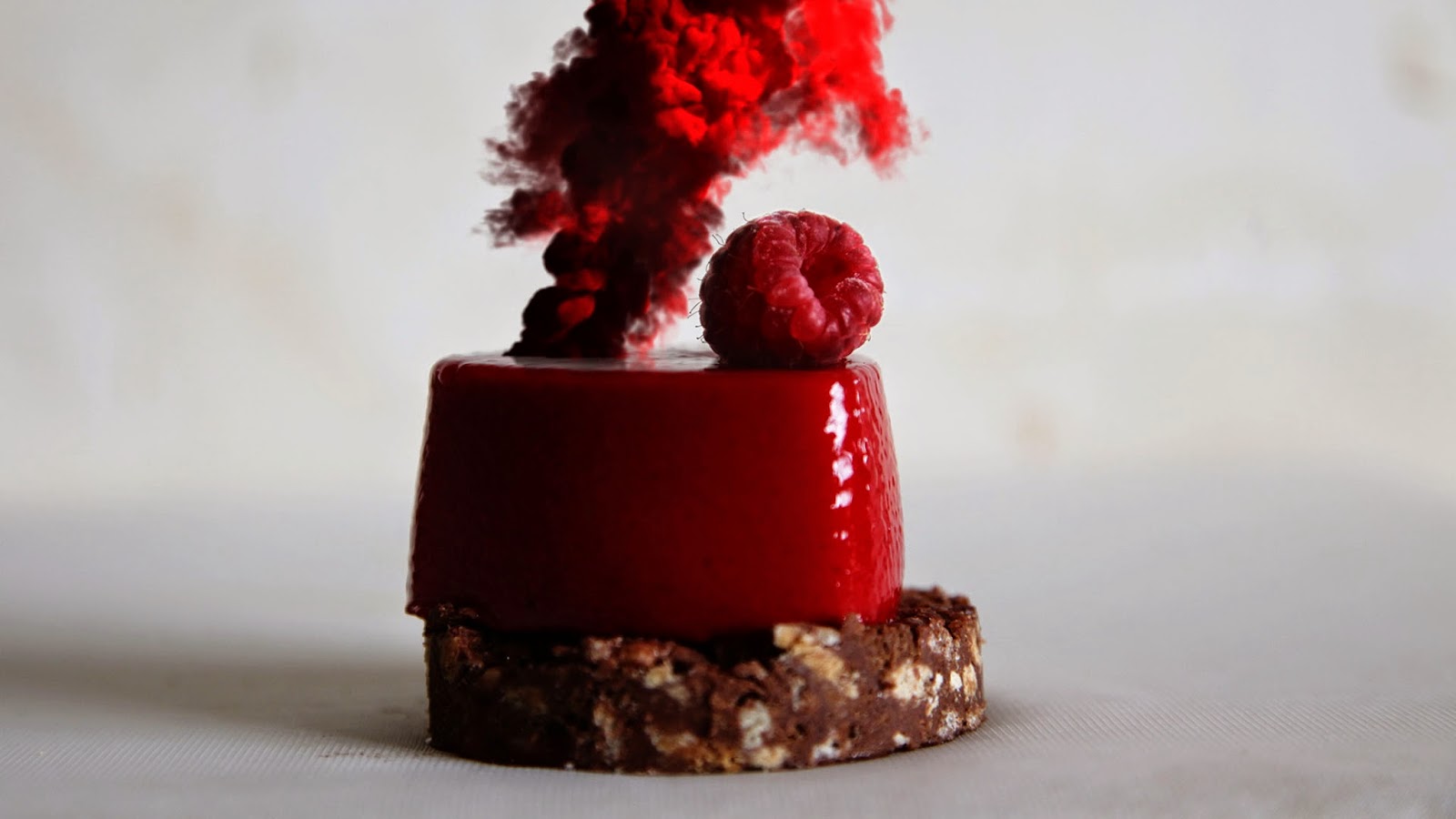 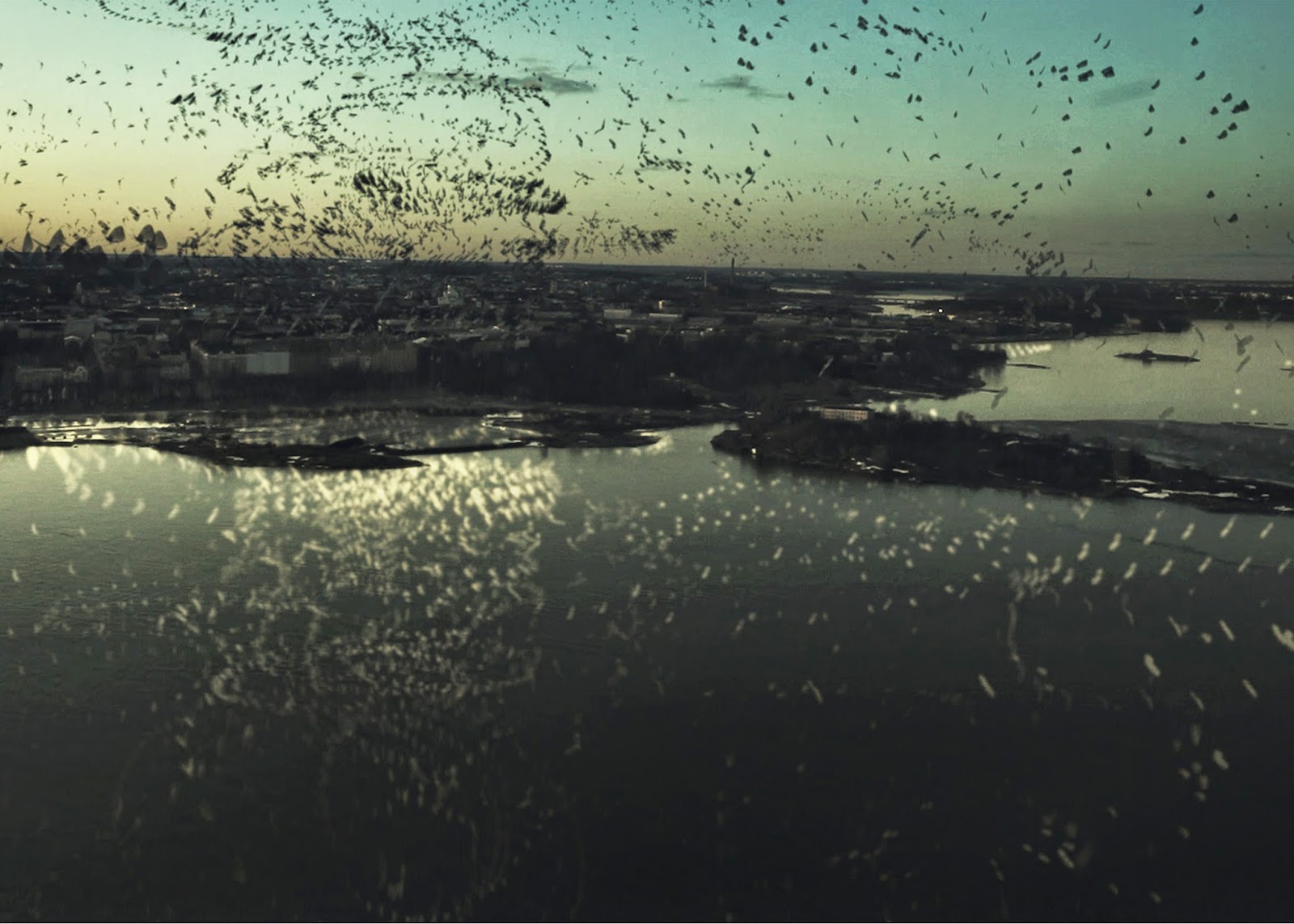 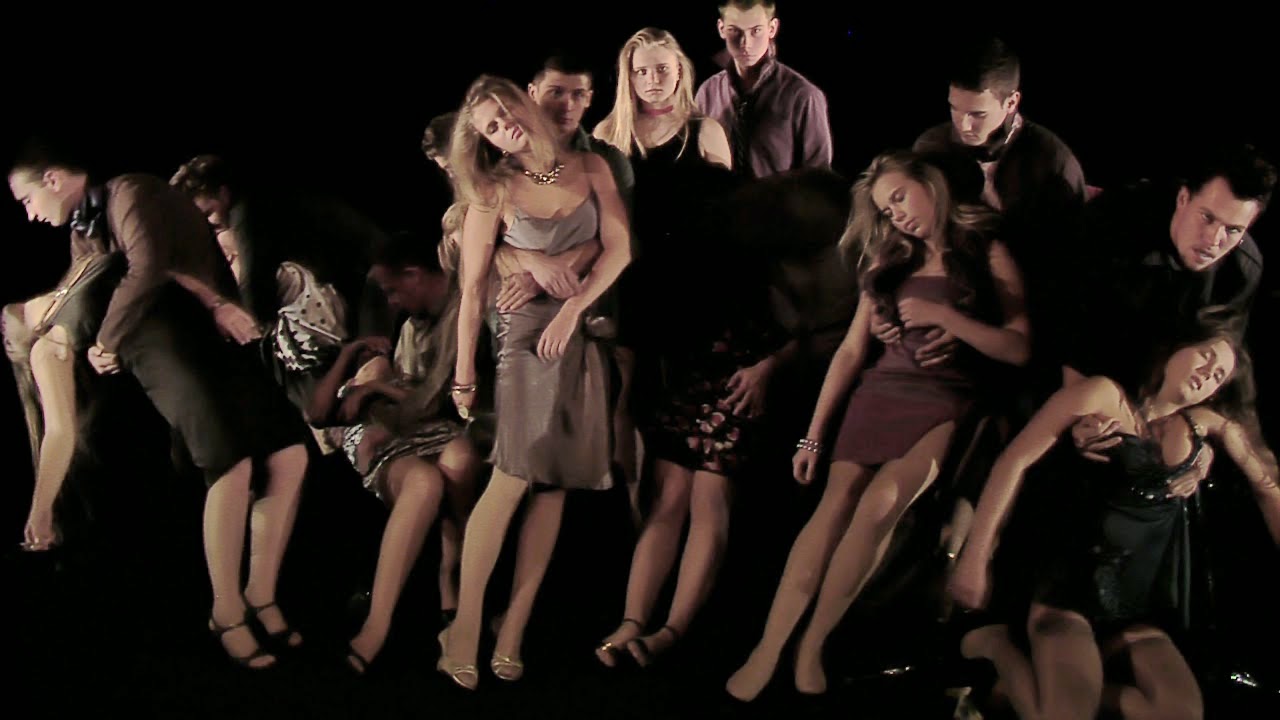 Expert in Surrealism. Fascinating with Salvador Dali’s ‘Paranoiac Criticism’, Yunnia Yang has an insight into the experimental spirit and unlimited creativity of interdisciplinary arts. She has received the S-An Aesthetics Award with thethesis “Irrational Narration. Myth Making: On the ‘ Angelus myth’ created by Salvador Dalí with the concept ‘Paranoiac-Criticism’” in 2010. In the same year, she has delivered the academic paper ‘Uncovering Alice’s Cabin of Curiosities: on the Sadomasochism of Infantile Imagination in the film ‘Něco z Alenky’ of Jan Švankmajer, in the 6th International Symposium of Surrealism in United Kingdom.For the concern of the impact of media obsession in our lives, Yunnia has curated the experimental performance ‘Manic Depression: The Shadow-Image-Sound Complex’ in the Museum ofContemporary Art (MOCA) in Taipei in 2011.

Yunnia Yang has received the Master degree in Art History from St. Petersburg State University in Russia in 1997, and Doctor degree in Arts from National Taiwan Normal University in 2009. During this period, she managed all kinds of exhibitions, performances, and art events for the institutions of arts, literature and culture in Taiwan. Since 2011, she has launched the long-term curatorial research on ‘ The Postmodern Condition in the contemporary art of Russia and Eastern Europe’ in cooperation with the following art institutions: National Center for Contemporary Arts in Moscow(Russia), the Executive Committee of ‘ Night of Museum in St. Petersburg’(Russia), Agency for Contemporary Art (ACAX) of Ludwig Museum in Budapest(Hungary), Opekta Ateliers Köln(Germany),contemporary art institutions in Balkan region, Contemporary Art Foundation(Taiwan), National Culture and Arts Foundation(Taiwan) and Department of Cultural Affairs, Taipei City Government(Taiwan).This project will be realized in form of thematic exhibitions and monographs.

In 2013, Yunnia Yang was invited by WRO Media Art Biennale to curate the exhibition ' ‘ The Apocalyptic Sensibility: The New Media Art from Taiwan’. The premiere of the artworks from Taiwan in WRO Biennale: Wu Chi-Tsung's 'Crystal City' and Lin PeyChwen's 'Eve Clone' series. With 'Crystal City', Wu Chi-Tsung won WRO 2013 Award- Award of Critics and Editors of Art Magazines.From September 26 till November 15 in 2015, the Homecoming Exhibition from WRO Media Art Biennale 2013 ‘The Apocalyptic Sensibility: The New Media Art from Taiwan’ will be held at Taipei Fine Art Museum in Taiwan. It will give a complete picture of the curatorial philosophy ‘ The Apocalyptic Sensibility’ with the works of the six Taiwanese artists: Chi-Tsung Wu, Pey-Chwen Lin, Zan-Lun Huang, Scottie Chih-Chieh Huang, I-Chun Chen, and Zhang Xu Zhan. They look into the technologized civilization with new sensibilities so that we will have deeper perceptions and contemplations about the consumerism and the media society which we live in.

Hong Kong World Cultures Festival 2013 has been devoted to the focal theme ‘Lasting Legacies of Eastern Europe’, and has organized the exhibition‘East+Europe: Eastern European Contemporary Art Exhibition’. Yunnia Yang has been invited to its international symposium‘Imagination of Eastern Europe’ ( Participating Speakers, including Leung Mee-ping (Curator of “East + Europe: Eastern European Contemporary Art Exhibition),Solvita Krese (Director of Latvian Museum of Contemporary Art),Lukasz Surowiec (Polish artist),Neno Belchev (Bulgarian artist),and Pavlina Mladenova (Bulgarian artist)). In the symposium, Yunnia Yang shared her two-year research and observation on Russia and Eastern Europe. Since 2011, Yunnia Yang has written several articles on the contemporary arts of Russia and Eastern Europe for Taiwanese art journals ‘Art Investment’ and‘Art Collection + Design’. In addition, The Chinese University of Hong Kong has invited her to write the keynote article ‘Constructing the National Mythology of Utopia: Development of the Russian Art in the Twentieth Century' for the University’s Bimonthly Review 'Twentieth-First Century' on February 2014.

Besides the curatorial project “ The Apocalyptic Sensibility: The New Media Art from Taiwan”(WRO Media Art Biennale 2013, Taipei Fine Art Museum in 2015) introspecting our technologized civilization, Yunnia Yang concerns particularly about the influences of the contemporary visual culture and curates various creative video exhibitions. In 2014, she curated the International Creative Video Exhibition “Imagining Crisis” at the Museum of Contemporary Art in Taipei. This video project has toured around the contemporary art centers in Poland, Serbia, Bulgaria and Colombia. In 2015, Yunnia Yang is invited by the 34th Asolo Art Film Festival to curate the two video projects “ Imagining Crisis” and “ Taiwan VIDEA: the Taiwanese Avant-garde Video Exhibition”. In 2016, she is also invited by Asolo Art Film Festival Committee to present “Eco as a verb” as Focal Theme Exhibition of the 35th edition film festival and another video project “Taiwan VIDEA2.0:Cultural Encounter” .In May of 2017, these two projects has been invited by the Museum of nonconformist art (MoNA) and the Pushkinskaya-10 art centre to to participate in the official program of the St. Petersburg Museum Night 2017.In addition, the curator Yunnia Yang has been invited by the 34th-35th Asolo Art Film Festival as an international jury and has eventually been selected by the international jury board as the President of the 34th Asolo Art Film Festival's International Jury Board. Dr. Yunnia Yang is currently the Adjunct Associate Professor of the Department of Sculpture at the National Taiwan University of Arts.